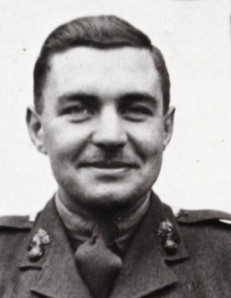 Christian living is not a method or technique; it is an entirely different, revolutionary principle of life.

To be in Christ — that is redemption; but for Christ to be in you — that is sanctification!

Eternal life is not a peculiar feeling inside! It is not your ultimate destination, to which you will go when you are dead. If you are born again, eternal life is that quality of life that you possess right now.

To so many people, the Lord is in danger of being no more than a patron saint of our systematic theology instead of the Christ Who is our life.

Although Jesus Christ was Himself the Creative Deity, by whom all things were made, as man He humbled Himself–set aside His divine prerogatives and walked this earth as man — a perfect demonstration of what God intended man to be–the whole personality yielded to and occupied by God for Himself.

There are those who have a life they never live. They have come to Christ and thanked Him only for what He did, but do not live in the power of who He is.

Man was so engineered by God that the presence of the Creator within the creature is indispensable to His humanity.

The moment you come to realize that only God can make a man godly, you are left with no option but to find God, and to know God, and to let God be God in and through you.

The moment you are redeemed through the atoning death of Christ upon the cross, you receive the Holy Spirit within your human spirit.

Christ in you, on the grounds of redemption this is the Gospel! To preach anything less than this must inevitably produce “Evan-jellyfish” folk with no spiritual vertebrae, whose faith does not “behave!”

To get light from an oil lamp, filling it first with oil is entirely reasonable. To get a car to provide you with transportation, filling the tank with gas is completely logical. In the same way, a divine logic affirms that obtaining righteousness from a man or woman happens only when that person is filled with God. Oil in the lamp, gas in the car . . . and Christ in the Christian. It takes God to be a man, and that is why it takes Christ to be a Christian, because Christ puts God back into man, the only way we can again become functional.

“Good works” are those works that have their origin in Jesus Christ–whose activity is released through your body, presented to Him as a living sacrifice by a faith that expresses total dependence, as opposed to the Adamic independence (Rom. 12:1, 2).

Again, “Pray without ceasing” (1 Thess. 5:17), and here the word to pray does not mean to beg or to plead as if God were unwilling to give–but simply to expose by faith every situation as it arises, to the all-sufficiency of the One who indwells you by His life.

No matter how unimportant we may feel ourselves to be, we can pulsate with the divine energy and have an unshatterable confidence that Christ is in action as we personally depend on Him.

If you will but trust Christ, not only for the death He died in order to redeem you, but also for the life that He lives and waits to live through you, the very next step you take will be a step taken in the very energy and power of God Himself. You will have begun to live a life which is essentially supernatural, yet still clothed with the common humanity of your physical body, and still worked out both in the big and the little things that inevitably make up the lot of a man who, though his heart may be with Christ in heaven, still has his two feet firmly planted on the earth.

Dying to self is a wonderful position to be in, because dead people cannot die, and dead people do not have problems.